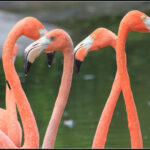 Our most-viewed pieces span nature and perception, artificial intelligence, and movies and architecture. Scroll through to make sure you haven’t missed something big! Continue reading → 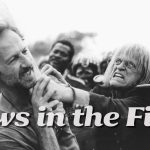 Discussions at the intersection of philosophy, art history, and film Continue reading →

What follows is a guest post by John Dyck (CUNY Graduate Center) I used to hate country music. I would hear it at my grandparents’ house. I remember hearing my grandma sing along to those drawling voices and crunchy fiddles. My nine-year-old self cringed inside. The music was so gauche and uncultured. My grandparents grew up poor and uneducated, and I could hear it in their music.

New in the “Is It Really Art?” category: Okay apparently I’m a bit behind the curve on this one, but for those of you who didn’t catch it about a month ago, there was an art show for dogs in London, sponsored by MORE TH>N pet insurance, with artworks designed by Dominic Wilcox. Artnet News writes that “The exhibition is, of course, a marketing gimmick” – but it’s not like there’s no precedent for art that is a marketing gimmick. (*cough* BMW *cough*) The press release from the RSA Insurance Group reads: “They say art is for everyone, and while this may be true, the ‘everyone’ mentioned here traditionally refers only to humans. With pets assuming an ever more important role in our lives, isn’t it time that the art world catered to them as well?” Well I don’t know who “they” are, or if they’re right… but everything about this … Continue reading →

Comic Artist Jeffrey Brown interviewed by Christy Mag Uidhir Jeffrey Brown was born in 1975 in Grand Rapids, Michigan. While earning his studio MFA from the School of the Art Institute of Chicago, Brown abandoned painting and began drawing comics with his first autobiographical book Clumsy in 2001. Since then, he’s drawn nearly two dozen books for publishers including TopShelf, Chronicle Books, Simon & Schuster, and Scholastic. Brown has also directed an animated video for the band Death Cab For Cutie, had his work featured on NPR’s ‘This American Life,’ and co-wrote the screenplay of the film Save The Date. His book Darth Vader and Son was a NYTimes #1 bestseller, and its sequels Vader’s Little Princess, Goodnight Darth Vader, and Darth Vader and Friends, along with his middle grade series Jedi Academy, were also NYTimes bestsellers. His art has been shown at galleries in New York, Los Angeles, Paris, … Continue reading →

What follows is a guest post by Alex King (Buffalo). It’s a sad truth that aesthetics isn’t taken particularly seriously in the contemporary philosophical scene. And I think Bence Nanay is right to suggest that this is in part due to the perceived elitism of aesthetics. In this post, I’ll argue that we can make progress on this front by discussing an issue of independent philosophical interest: the distinction between high and low art and between so-called “highbrow” and “lowbrow” audiences. The moral, basically, will be this: Quit being so judgy.

What follows is a guest post by Bence Nanay. Bence is Professor of Philosophy and BOF Research Professor at the University of Antwerp and Senior Research Associate at Peterhouse, University of Cambridge. He is the author of Between Perception and Action (Oxford University Press, 2013) and editor of Perceiving the World (Oxford University Press, 2010) and he just finished his book on aesthetics, Aesthetics as Philosophy of Perception (Oxford University Press, under contract), all very elitist, really. This picture shows him pretending to be down with the kids, but the truth is that he has no idea how to play drums (as you can probably tell from the picture)… Also, he looks about as dumb on this picture as Kelso from That 70s Show(to throw in a really elitist reference)… Let’s begin with a little quiz: Who are the characters depicted in these following three pictures: My conjecture is that even the sophisticated aesthetics-y audience of this … Continue reading →

Artist Curtis Gannon interviewed by Christy Mag Uidhir Curtis Gannon (b. 1974) completed his undergraduate studies at the University of Houston, and then received an MFA in Painting at San Diego State University. Using American action comics as source material, Gannon creates collages, sculptures and installations that reference the Pop language of the medium and its influence as a universal form of visual communication. Gannon’s works have recently been exhibited at Blaffer Gallery, Museum of Fine Arts Houston, Williams Tower, and Lawndale Art Center. Gannon lives and works in League City, TX.

Roy T. Cook is an extremely nerdy associate professor of philosophy at the University of Minnesota – Twin Cities, a resident fellow of the Minnesota Center for Philosophy of Science, and an associate fellow of the Northern Institute of Philosophy – Aberdeen, Scotland. He has published over fifty articles and book chapters on logic, the philosophy of mathematics, the philosophy of art (especially popular art). He co-edited The Art of Comics: A Philosophical Approach (Wiley-Blackwell 2012) with Aaron Meskin, and his monograph on the Yablo Paradox is forthcoming from Oxford University Press. He is also a co-founder of the interdisciplinary comics studies blog PencilPanelPage, which recently took up residence at the Hooded Utilitarian, and hopes to someday write a book about the Sensational She-Hulk. He lives in Minneapolis, Minnesota with his wife, two cats (Freckles and Mr. Prickley), and approximately 2.5 million LEGO bricks.

SUCKADELIC is an evil arts organization based in Chinatown New York City. Specializing in Bootleg Toys, illicit remix records, and duffed out Supervillain Soap operas. More of a degenerate con-game than a real company, Suckadelic is universally regarded as the sleaziest brand in the game. Ruled from a hidden Sweatshop by the intergalactic criminal and self-serving megalomaniac, the SUPER SUCKLORD, Suckadelic has continued to pump highly addictive pop culture crap into the veins of willing victims since 1997. Greatest hits include the legendary STAR WARS BREAKBEATS album, The GAY EMPIRE Homotrooper action figure, and the epic TOY LORDS OF CHINATOWN misadventure serial. Despite revealing a softer side of himself on Bravo TV’s hit Show WORK OF ART: The Next Great Artist, The Sucklord remains a reviled gangster, feared for his smooth tyranny and the ruthless exploitation of his fans. He is the Greatest Supervillain ever to operate in the world of popular culture. Made in USA.