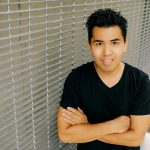 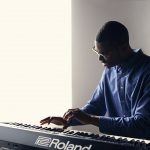 “Improvisation is essential for human existence. It’s a gift to play this particular given.” Continue reading → 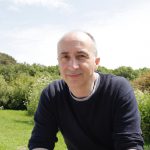 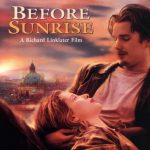 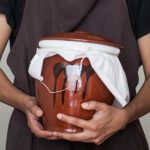 Chef Juan Escalona Meléndez interviewed by philosopher Aaron Meskin. This interview took place during January and February, 2020. Juan Escalona Meléndez is a Mexican-born chef currently working in Mexico City. He studied Genomic Sciences as an undergraduate at the National Autonomous University of Mexico (UNAM) and did an MA in History and Philosophy of Science at the University of Leeds. He has collaborated with various philosophers on food projects and presented at the recent American Society for Aesthetics-sponsored Conference on Food, Art and Philosophy at UNAM. (He also created the conference meal.)  He has worked at Noma (Copenhagen), Pujol (Mexico City) and Máximo Bistrot (Mexico City). Aaron Meskin is head of the Department of Philosophy at the University of Georgia. He works on aesthetics, philosophical psychology and, recently, the philosophy of food. He is co-editing a special issue of the online philosophy journal Crítica devoted to food, art and philosophy. … Continue reading → 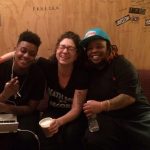 This is Part I of a two-part series. Part II is a roundtable discussion of the below interviews, featuring scholars working on these issues. I. What Is There To Discuss? A Prompt for Discussion by Bill Adler Bill Adler is a music journalist, hip-hop archivist, and legendary Def Jam publicist. As wonderful as it is, as impactful as it is, hip-hop music has never exactly embodied a model of civil discourse. On the contrary, it has often been—and remains—rough, rude, and heedless. Indeed, those very qualities are at least part of what makes the culture so appealing to so many folks. Happily, hip-hop has also generated a body of exemplary critical commentary from the very beginning. For over thirty years now, critics and journalists who came of age as hip-hoppers have wrestled with the music’s sexism, homophobia, anti-Semitism, and materialism… and have done so with love, from inside the culture. … Continue reading →

Alex King interviews philosophers Jeanette Bicknell, Jennifer Judkins, and Carolyn Korsmeyer. Jeanette Bicknell, Jennifer Judkins, and Carolyn Korsmeyer recently co-edited a collection of new essays, Philosophical Perspectives on Ruins, Monuments, and Memorials. From the book description: This collection of newly published essays examines our relationship to physical objects that invoke, commemorate, and honor the past. The recent destruction of cultural heritage in war and controversies over Civil War monuments in the US have foregrounded the importance of artifacts that embody history. … The authors consider issues of preservation and reconstruction, the nature of ruins, the aesthetic and ethical values of memorials, and the relationship of cultural memory to material artifacts that remain from the past. See the full list of contributing authors here. Below, Alex King interviews them about themes from the volume. 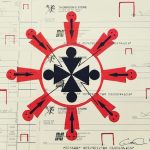 Blackfeet author Sterling HolyWhiteMountain talks about what it means to call something “Native Art” and whether it’s a useful category. Continue reading →