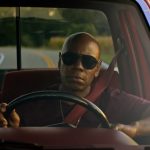 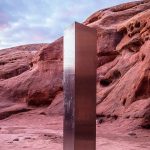 Think of the monolith as a monument, an artwork addressed to a group. When it was revealed to the world, we determined its meaning. Continue reading →

What follows is a co-authored post by AFB staff writers Matthew Strohl and Mary Beth Willard. John Corvino writes, of the narrowly decided Masterpiece Cakeshop v. Colorado Civil Rights Commission, that the Supreme Court punted on many of the substantive issues: What counts as protected speech, and why? Does it matter if the cake is custom? If it has words on it? How do we distinguish messages that are integral to one’s identity as a member of a protected class and those that are incidental to it? We suspect it does matter if the cake is custom, but that the focus on messaging is a red velvet herring. To our minds, this isn’t primarily an issue of protected speech, at least in the sense being widely discussed in connection with the recent SCOTUS decision. Sherif Girgis and Robert P. George argue that custom wedding cakes bear expressive content, in particular, … Continue reading →

In the penultimate measure of the first movement Clementi’s Sonatina No. 36, there is a short cascade of notes: This sonatina is often used as a teaching piece, because it’s a great introduction for the early intermediate pianist to the techniques required in more complicated piano pieces. This little cascade is a good example of why. It’s short, only eight notes long. In the numbering system every beginner learns, your thumbs are ones; your pinkies, fives. The G and A keys are right next to each other on the keyboard, and one might expect that the prescribed fingering of two adjacent notes would require two adjacent fingers. Perhaps, because the sequence continues down the keys, the four and five fingers, so that other fingers are properly positioned to reach the next notes. But that’s not what happens. The G is struck with the thumb, and the A with the fourth … Continue reading →

Latest development in the Fearless Girl case, brought to you only three weeks late courtesy of yrs truly and the end of the semester: the city wants the girl moved, citing traffic and safety concerns. I can’t imagine that any one was surprised by this decision, given the statue’s story as an advertisement playing opposite an iconic piece of guerilla art. It was unlikely that it would stay forever. And at 250 pounds, it hardly presents the obstacle to removal that Charging Bull did; it’s a much easier call.

Short answer: no, but a great clickbait title. Long answer: it’s possible that the CIA promoted abstract expressionism as an expression of soft power, meant to contrast the individualism of American artists with the realism of Soviet-approved art. Either way, I’m thinking that those philosophers of art who attempt to define art really err when they failed to include “sponsored by the CIA” as one of their criteria… Image credit: “Flag” (1955) by Jasper Johns at MoMA, photo by Nathan Laurell via Flickr

(AfB was way ahead of the game on the 5Pointz lawsuit.  Just saying.) So the jury’s back with a recommendation, and the jury has decided that when Gerald Wolkoff whitewashed the graffiti mecca at 5Pointz, he broke the law; under VARA, he should have given the artists sufficient notice so that they could preserve or remove their artwork.  The judge gets the final say on the verdict and on any penalty, but the jury’s decision is still a big deal, as this marks the first time that VARA has been decided by a jury in court. The artists argued, under VARA, that their work was of reasonable public stature, and so they needed to be given 90 days notice.  If the news reports are correct, the lawyers for the developer argued that VARA was irrelevant, because the case concerns property, and presumably they argued that street art didn’t qualify for … Continue reading →

Banksy arrested!  Unmasked!  Exposed! [youtube https://www.youtube.com/watch?v=FEGxUYxJYz0?rel=0&w=560&h=315] Breaking fake news, as it turns out, created by a guy who has developed an Andy-Kaufmanesque approach to creating hoaxes, delighting in particular when his hoaxes get picked up by mainstream news sites.  The hoax article by Jimmy Rustling (how did the Internet not catch this? Come on, Internet.) mixes fiction with fact, and probably would make an excellent example for those interested in knowledge, the propagation of fake news, echo chambers and the like, (cough, cough), but I wondered: Why does Banksy bother with anonymity?  Banksy’s identity isn’t public, but the rough consensus is that Banksy is probably male, probably British, probably white, probably from Bristol, and probably in his forties.  Banksy has claimed that they’re anonymous because their work is illegal, but this seems not to capture the entirety of it.  Someone that worried about arrest wouldn’t publicize their work on … Continue reading →

Mary-Beth Willard (Weber State) offers pseudo-live-blogging/recap/latergram of the Art Rules Conference, Day 2 I’ve found (n = a few) that aesthetics conferences have some of the best philosophical audiences and discussions. I am not sure why this has been the case – the small size of the subfield? The somewhat more interdisciplinary nature of aesthetics? Whatever the reason, the participants at Art Rules were no exception. Discussion has been great.

Mary Beth Willard (Weber State) offers pseudo-live-blogging/recap/latergram of the Art Rules Conference, Day 1 Most people know Salt Lake City as “weren’t the Olympics there in 2002?” and some people after mine own heart know it as “Isn’t that the city where Scully was going to be banished in the first X-Files movie?”, but what they don’t know is that the art community in Salt Lake is so generous that the Art Rules: Aesthetic Reasons, Norms, and Standards (May 19-20) conference was held inside of the Utah Museum of Contemporary Art for free. An aesthetics conference in an art museum! No one tell them this isn’t a thing.