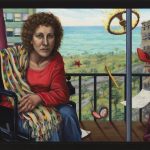 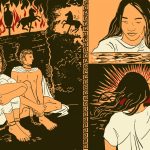 Once you let go of philosophy as abstract ideas put into writing, you start to see it in lots of places, including images. Continue reading → 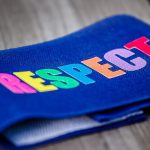 December 9, 2021
by Aesthetics for Birds
0 comments

Best practices for trans allyship, for institutions and for individuals. Continue reading → 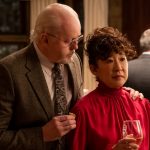 Netflix’s new comedy/drama gets some key things wrong about higher education, including its “sendup” of woke culture. Continue reading →

As we celebrate the endurance and ground-breaking achievements of the past thirty years, I invite you to imagine where post-revolutionary feminist aesthetics will end up in 2030, 2040, and beyond. Continue reading →

What follows is a guest post by Patrick Fessenbecker. In a recent column in The New York Times, Ross Douthat contends that English professors aren’t having the right kind of arguments. Reflecting on the analysis of the decline of the humanities in a series of essays in the Chronicle of Higher Education over the last year, Douthat makes a familiar diagnosis: the problem is that we literature professors no longer believe in the real value of the objects we study. Engaging Simon During’s account of the decline of the humanities as a “second secularization” in particular, Douthat argues that secular attempts to defend the humanities will fail just as surely as secular attempts to defend religious ethics and norms did: it doesn’t work unless you really believe in the thing. Correspondingly, the debates literary scholars are having about how to expand the range of texts and subjects we teach are … Continue reading →

The American Society for Aesthetics (ASA) have released a statement regarding the renewed interest and concern surrounding last year’s sexual harassment incident and their policies on discrimination, harassment, and respectful behavior. The text of their statement is reproduced below.

Last November, we reported an accusation of sexual harassment at the American Society for Aesthetics (ASA) Annual Meeting. ASA member Anne Eaton wrote: “One alleged case of sexual harassment by a senior man toward a junior woman. I say “alleged” because the case has not been (nor will it be) officially adjudicated, although it has been reported to ASA governance. I know the details of this case and find it 100% credible. In fact, I have myself in the past had trouble with the senior male philosopher in question.” We also reported that, in response, “…the ASA leadership took immediate and decisive action in response to the report of sexual harassment. In addition to sending a forceful message to the harasser, ASA leadership immediately set up a committee to develop an official policy on sexual harassment.” The ASA has recently released new policies regarding discrimination (including best practices and how to … Continue reading →

The following is a guest post by Charles Peterson (Oberlin College). This is the third of three companion pieces that reflect on the ASA’s 75th anniversary. Click here for the first, by A.W. Eaton, and the second, by Paul C. Taylor. See also the ASA Officers’ response letter here. The age of 75 can signify multiple indicators. At 75 years old, an ant would be ancient. At 75 years old a mountain would be considered infantile in its span and at 75 years old a human being, has lived to a ripe and healthy age. For an academic organization, 75 years is a perfect time to celebrate its longevity and take stock of its future. The American Society for Aesthetics is at this point in regards to the inclusion of diverse scholars and discourses in its proceedings.  The ASA stands at the threshold where its present efforts to open up, … Continue reading →