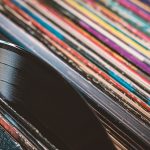 Physical media feels like a languishing dinosaur in the 21st century world. Here’s why it still matters. Continue reading →

February 2, 2017
by Aesthetics for Birds
0 comments

What follows is a guest post by P.D. Magnus. He is an Associate Professor of Philosophy at the University at Albany, State University of New York. His research is primarily in the philosophy of science and secondarily all over the place. He is the co-editor New Waves in Philosophy of Science (Palgrave, 2010) and of author of Scientific Enquiry and Natural Kinds: From Planets to Mallards (Palgrave 2012). He blogs at Footnotes on Epicycles. Most importantly, P.D. was the TA for the Introduction to Philosophy course I took as a college freshmen and therefore personally responsible for all of my philosophical shortcomings (starting with the C+ I received in Introduction to Philosophy). A couple of years ago, I was at a conference on science and metaphysics. One of the other attendees finished a sentence with the caveat that he was only talking about science and, of course, that he had nothing to say about the ontology of art. He presupposed, … Continue reading →