October 6, 2017
by Aesthetics for Birds
0 comments

A philosopher and artist is getting lots of recognition lately, culminating in an upcoming solo show at MoMA. Adrian Piper, who received the Golden Lion from the Venice Biennale in 2015, has enjoyed several shows in the past couple of years, and will now have a major exhibition at MoMA, “Adrian Piper: A Synthesis of Intuitions, 1965–2016” (March 31 to July 22, 2018), which will then travel to the Hammer Museum in LA (dates being finalized) before going abroad. From the MoMA press release: [T]he exhibition, which will be seen in its entirety only at The Museum of Modern Art, will occupy the Museum’s entire sixth floor—the first time that entire level has been devoted to the work of a living artist. Exciting! And the MoMA title isn’t just about her art. She has written about Kant’s notion of intuition. And indeed, this isn’t a case where “philosopher” is just … Continue reading → 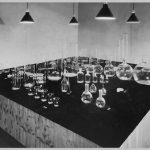 New York City’s Museum of Modern Art is certainly one of the most important and influential art institutions in the USA and the world. MoMA curators throughout the decades have made decisions that have greatly affected the way the artworld and public understand the nature of art. You can now view all materials from all of MoMA’s exhibitions, beginning with their opening in 1929. Check it out for yourself: MoMA’s Entire Exhibition History After, or perhaps before, check out a recent article in The Atlantic by Robinson Meyer, “The Museum of Modern Art’s Miraculous New Online Archive”, discussing the aesthetic and functional changes in exhibition documentation throughout the years.

February 4, 2015
by Aesthetics for Birds
6 Comments

What follows is a guest post by Rebecca Victoria Millsop. Rebecca is a fifth year PhD student at MIT writing her dissertation in the philosophy of art. In the not-so-distant past she worked on issues in philosophy of logic and mathematics and, while she found this incredibly fun, she believes that working on issues in the philosophy of art will make more of an impact on the world. She also lives on a sailboat in Boston Harbor, paints, and volunteers for a non-profit art organization in Boston, HarborArts. It’s been a while since painting was first proclaimed dead (apparently it was French painter Paul Delaroche in 1835), and ever since then there’s been a lot of ink spilled (and words typed) about whether or not it is dead, is dying, or never died in the first place. The consensus has shifted throughout the years, and, at least recently, the jury seems to be … Continue reading →

Over at artbouillon, Jesse Prinz has a nice piece Magritte’s place in the Surrealist narrative (prompted by the new exhibition at MoMA). I have to say that I’m hugely sympathetic with Prinz’s call for Magritte’s excision from the Surrealist canon. For one, I’ve never fully understood the pull Surrealism has for so many, as I see the movement itself to be a lateral if not frustrating step backward in the history of 20th century visual art and most works of its “Masters” (especially Ernst, Tanguy, and Dali) little more than crude exercises in artistic juvenilia. Second, I find most of Magritte’s work to be intellectually playful and philosophically astute in ways few if any of his supposed Surrealist kin could hope to be and so, perhaps unsurprisingly, regard the less than impressive examples of Magritte’s work as invariably those commonly taken to exemplify the Surrealist spirit, the most notable of which being Le Viol (The … Continue reading →