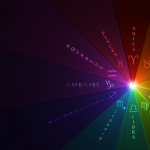 Reading star signs does not reliably lead to knowledge, so why read them? Because it’s fun. Continue reading →

What follows is a guest post by Allan Hazlett. Allan is Reader in Philosophy at the University of Edinburgh, having worked previously for Texas Tech and Fordham Universities. He’s the author of A Luxury of the Understanding: On the Value of True Belief (Oxford University Press, 2013) and A Critical Introduction to Skepticism (Bloomsbury, forthcoming).  His research interests include the value of accurate representation, the value and nature of intellectual virtue, authenticity, testimony, knowledge attributions, and the cognitive value of fiction. Everyone, except for Plato, agrees that you can acquire knowledge through engagement with narrative fictions, including knowledge about things other than the form and content of the relevant fiction.  And there seem to be several species of knowledge from fiction.  Testimonial knowledge from fiction is acquired when a fiction makes a claim about the actual world, by exploiting (contextual and genre-relative) conversational assumptions about the similarity between the fictional world and the actual … Continue reading →