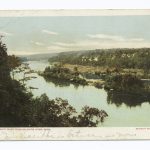 What follows is a guest post by Nils-Hennes Stear. Note: This post is more or less a précis of part of the author’s ‘Meriting a Response: The Paradox of Seductive Artworks’, forthcoming in the Australasian Journal of Philosophy. During a recent flight, I watched Ridley Scott’s The Martian. It’s a Robinsonade tale about Mark Watney (Matt Damon), an astronaut stranded on Mars and engineering his own survival. The film was watchable enough—well produced, acted, and visually arresting. Yet it suffered an irritating flaw: Watney is too damn buoyant. Stuck, literally millions of miles from home, with too little food, no company, and bleak prospects for safe return, he tackles each new existential challenge with a can-do optimism totally out of keeping with his existential emergency. So, when Watney tells his video diary that… ‘In the face of overwhelming odds, I’m left with only one option: I’m gonna have to science the … Continue reading →

There is a familiar puzzle in philosophy of art: How do fictions provoke real feelings in us? This raises other questions: Are those real feelings? Do we feel real fear, or some fear-like thing when we watch a scary movie? How do actors or written words get us to feel those things, whatever they are? Over at the podcast The History of Philosophy Without Any Gaps, Peter Adamson (LMU Munich, King’s College London) talks about the rasa tradition that starts with Bharata’s Nāṭya-Śāstra (Treatise on Drama) and its distinctive approach to answering these questions. The text dates back to 200 BCE – 200 CE, so it’s roughly as old as Aristotle’s Poetics. What is rasa? An aesthetic response elicited by the drama. It’s not the emotion itself, but it derives from the emotion. There are eight kinds of rasa, corresponding to eight basic emotional dispositions: the erotic the comic the pathetic the furious the heroic the … Continue reading →

What follows is a guest post by James Harold. James is a Professor of Philosophy at Mount Holyoke College. He works primarily in aesthetics and meta-ethics, and is particularly interested in the intersection of those two fields. He has also written about the role of principles in critical evaluation, philosophical psychopathology, empirical ethics and aesthetics, and ancient Greek and Classical Chinese philosophy. In a universe not terribly distant from this one, however, he’s still working in scene design and carpentry, probably at some small regional theater. When a contemporary philosopher condemns a work of art for being morally flawed, you can bet good money that she does not mean that the artwork has pernicious effects on its audiences.[i]More likely she means that the work sympathizes with a vicious protagonist, that it endorses a morally odious viewpoint, or something along these lines. In the twenty years or so since the revival of “ethical … Continue reading →

November 8, 2013
by Aesthetics for Birds
7 Comments

What follows is a guest post by Zee Perry. Zee is a Ph.D. candidate in her 5th year at NYU’s department of Philosophy. Zee sometimes says she likes the metaphysics of X for most Xs. She’s writing a dissertation about the metaphysics of physics, specifically the metaphysics of physical quantities, but she has a long standing professional and personal interest in the ontology of art. Her semi-professional website is here. What I’d like to do with this post is present some half-baked ideas I’ve been not-quite-working on and see if the ensuing discussion can’t help bake them a bit further. Consider what an artwork “puts before” its audience. Artworks, like paintings, present features, like an arrangement of colors, textures, brushstrokes, etc, to their audiences to be seen and appreciated. Sometimes these features are presented via that artwork’s instances, like how a performance ofBeethoven’s Eroica presents sounds (and perhaps sights), which an audience is meant to listen, evaluate and appreciate. Artworks as … Continue reading →