We are witnessing the birth of a new comedic form: satire by algorithm. You want to make fun of some category of thing, and show how empty and mechanical and simplistic all the examples of that thing are. So you make a bot that randomly generates new examples of that thing. And the entire point is that it’s a bot. And often, it’s utterly crucial that it’s a dumb and obvious bot. This is why isolated exposure to the only one or two bot-Tweets or bot-memes doesn’t get you the full package. The real sharp end of the joke hits when you start to catch on to the rules, when the raw and obviously algorithmic nature of the bot reveals the utter banal predictability of its target.

Part of the joke is in how narrow the visual archetype is — the fonts for the menus barely change across a narrow range, the layouts are almost identical. The deeper part of the joke is how narrow the range of terms and ingredients is. And, of course, there are the occasional winks which give the game away — Brooklyn Bar Menu Generator spits out items like “tormented booze” and “naive oyster ramps” which wink to the reader at the brokenness and jokiness of it all.

Twitter’s full of these things, like Thinkpiece Bot, which auto-generates pseudo-intellectual clickbait headlines:

Neo-Feudalism: The REAL Cause Of The Toxic Masculinity Epidemic

Well, Neo-Nazis Having Control Of The United States Government Is Normal Now, Let's Talk About Candy Crush Instead

Is Blaming Trump On People Who Will Be Disproportionately Victimized By His Presidency Why Teens Can't Conform to Gender Roles?

This Story Is Just 2,000 Words Of A Baby Boomer Mansplaining Virtue Signaling

Hipsters Are Using Kafka To Get Sex

The first level of the joke here is obvious: the construction of these sorts of headlines is so obvious and so mechanical that a bot could have done it. (It’s a variation on that age-old complaint about modern art: “My kid could have done it!”) And, of course, the best way to demonstrate that is to actually go and actually build the damn bot.

But the subtle content of the comedy builds through many instances. You can’t just read one Thinkpiece Bot tweet, you need to read a bunch. Because it helps to see Thinkpiece Bot’s total failures (“Stop Blaming Fictional Character ‘Vivian James’ for Donald Trump”), the tweets where it careens hilariously against the outer boundaries of language and reveals it’s artificial bot nature (“Why Millenials Are Consuming Blueetooth-Enabled Cheering When Lawmakers Who Want Poor People To Die From Lack Of Health Insurance Get Cancer”), and the ones that just end up sounding like totally plausible think-piece headlines that would fit in just fine on the front page of Slate (“Millenials Are Using Callout Culture To Get Sex”).

The many instances are crucial, because you need to get a feel for how the bot is working. It isn’t funny if the bot’s workings are too obscure. Over the many instances, you learn the rules, and that’s the whole point. A well-made algorithmic satire is a way of demonstrating how easy it is to catch on to the rules of some trend. It exposes the robotic nature of some bit of our culture by making, you know, an actual robot.

This isn’t the only kind of bot comedy; algorithmic satire is a very specific kind of bot-comedy, made for tearing at those parts of our world that are fake, automatic, and suffocatingly predictable. There are other kinds of bot comedy. Take, for example, that the incredibly popular Inspirobot, which makes fake inspirational posters. I don’t think Inspirobot is a kind of algorithmic satire. 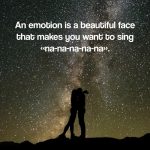 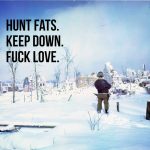 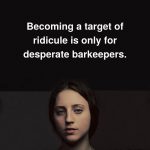 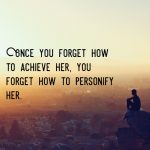 And though some of Inspirobot’s fake inspirational messages do come close to real ones, that’s not what people love about Inspirobot. People seem to adore Inspirobot at its most linguistically broken and absurdist, when it uses the form of the motivational poster and goes somewhere unexpected. Inspirobot is a joke about language; it gooses our logic centers. If we’re laughing at anything, we’re laughing at Inspirobot itself. Thinkpiece Bot is a very specific piece of satirical murder, aimed very precisely at modern think-pieces.

And of course, like other satire, sometimes algorithmic satire exposes the mechanical workings of things we took to be human so brutally, that the laughter is more cold than gut-busting.

Right now, think of this: We owe China $1.3 trillion. We owe Japan more than that. We have gun laws. I'll bring back our money.