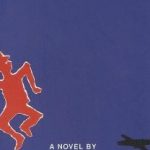 September 6, 2018
by Aesthetics for Birds
0 comments

What follows is a post in our ongoing collaborative series with the Journal of Aesthetics and Art Criticism. This is based on a new article by Dieter Declercq, “A Definition of Satire (And Why a Definition Matters)” which you can find in the current issue of JAAC. Satire is infamously varied. The origins of the label date back to Roman times, as a classification for disgruntled verses by poets like Horace and Juvenal. Yet, although the Roman orator Quintilian tried to claim satire as “wholly ours” (satura tota nostra est), satire is clearly not limited to ancient Rome. Just think of Margaret Atwood’s The Handmaid’s Tale, Jane Austen’s Pride and Prejudice, Jimi Hendrix’s “Star-Spangled Banner” (performed at Woodstock), Full Frontal with Samantha Bee, Pussy Riot, Guerrilla Girls, Paul Beatty’s The Sellout, Jordan Peel’s Get Out, Aravind Adiga’s The White Tiger, Daliso Chaponda’s stand-up comedy…

We are witnessing the birth of a new comedic form: satire by algorithm. You want to make fun of some category of thing, and show how empty and mechanical and simplistic all the examples of that thing are. So you make a bot that randomly generates new examples of that thing. And the entire point is that it’s a bot. And often, it’s utterly crucial that it’s a dumb and obvious bot. This is why isolated exposure to the only one or two bot-Tweets or bot-memes doesn’t get you the full package. The real sharp end of the joke hits when you start to catch on to the rules, when the raw and obviously algorithmic nature of the bot reveals the utter banal predictability of its target.

Musician Tesco Vee interviewed by Christy Mag Uidhir Tesco Vee…Drum Major in the Squadron of Doom and sworn enemy of the politically correct…is the creator of Touch & Go Magazine and soon to follow Record label and has been plying the punk rock waters off and on for the last 35 years. He hath resurfaced once again with the first new platter of Meaty originals in almost 2 decades and sat down with Christy for some heartfelt anti-social intercourse.