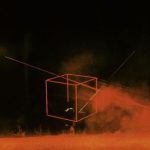 This year marks the end of the second decade of the 2000s. In honor of this, we thought we’d take a look back at our decade with an end-of-year series. The internet loves lists, especially year-end ones, and we’ll feed that love a little bit this December. We’ll be hosting seven lists of expert Decade-Best picks. We’ve done movies, games, and writing, and TV so far, and you can look forward to two more: traditional visual arts and one surprise list at the end. Our experts include philosophers and other academics whose work concerns these topics, and people working in the relevant media. Up today: music! Perusing the below lists, you may find yourself wondering: Where’s the Kendrick Lamar? The Lana Del Rey? The Arcade Fire? If you want that kind of list, go hit up Rolling Stone or Pitchfork. We’re here to give you something a little different. The … Continue reading →

What follows is a guest post by Jennifer Judkins. Jennifer is an Adjunct Professor at the UCLA Herb Alpert School of Music, where she teaches music bibliography for performers and guides graduate research. She spent many years standing in the back of orchestras counting rests, and her musings between timpani rolls have nursed many years of interest and writing in aesthetics, especially in regard to musical performance. Recently, she was a contributor to the Routledge Companion to Philosophy and Music (2011).

December 2, 2013
by Aesthetics for Birds
2 Comments

What follows is a guest post by Andrew Huddleston. Andrew is Michael Cohen Career Development Fellow in Philosophy at Exeter College, Oxford. He works primarily in 19th Century European philosophy (especially Nietzsche) and in ethics and social philosophy in addition to aesthetics. His work has appeared, or is forthcoming in the Journal of the History of Philosophy, the British Journal of Aesthetics, the Philosophical Quarterly, Philosophical Studies, and several OUP volumes. I am going to use my platform here to try out a brief venture in applied aesthetics, with a dash of polemicism and cultural criticism. I’d like to think about opera staging, in particular the phenomenon of avant-garde productions, of the sort that are common in Germany especially. These are the kind that present the opera in non-traditional ways, not just by altering its costuming and setting (a fairly tame and widespread practice), but by diverging far more drastically from what the text, stage … Continue reading →