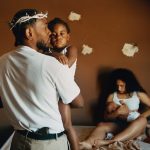 Kendrick Lamar’s 2022 album has been met with controversy, even among general praise. Here, scholars across different disciplines examine and discuss it. Continue reading →

This edition of Artworld Roundtable appears in collaboration with Chris Richards, the pop music critic for the Washington Post. Over the next several weeks, we’ll present a series of roundtable discussions based on Richards’ “five hardest questions in pop music”: “cultural appropriation, problematic lyricism, selling out, the ethics of posthumous listening, and … separating the art from the artist.” AFB has rounded up several thinkers working in these areas to see what they have to say about each question. Richards has provided AFB with key examples to draw out the problems and complexities of each debate. First was cultural appropriation. Second was how to respect the wishes of dead artists. Today we ask whether it’s still possible for musicians to sell out. What does it mean to sell out? In today’s commercialized, social media, sponsorship-driven world, can musicians still sell out in any meaningful way? Or, in an era where people are … Continue reading →