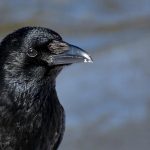 What follows is a guest post by Hannah Kim.

A symposium on Korean Aesthetics is forthcoming in the next issue of The Journal of Aesthetics and Art Criticism, so, to mark the occasion—and perhaps whet your intellectual appetite—I want to share a gem of a passage that I came across a few years ago.

The passage is from Park Jiwon (박지원 (pen name: 연암 yeonam), 1737-1805), an eighteenth-century Korean philosopher and novelist who belonged to the “practical learning” school.

The school emphasized the connection between theory and practice and argued that Joseon scholars needed to study economics, agriculture, and sciences along with philosophy. Philosophy without clear applications, Park said, was not genuinely scholarship. After traveling to China during the Qing Dynasty, he advocated for mercantilism because it promoted industry and commerce, and asked the government for more wagons and paved roads to help the everyday citizens. He also argued, in vain, that the Earth was round—he clearly knew his science, too. A pretty cool guy.

When his nephew Park Jongsun (박종선, 1759-1819) published a poetry collection (능양시집), Park Jiwon wrote a preface for it. In it, he talks about the difference between learned people and laypeople, a crow’s true colors, and how color perception is tied to general prejudice. Here’s the passage, translated by yours truly:

To those with understanding, there’s nothing strange or monstrous, but laypeople find many things suspicious. As they say, if you haven’t seen much, many things will be strange to you. But how could even those with understanding have seen each object with their own eyes? Once they hear about one thing, ten different ideas float to their minds, and once they see ten things, a hundred ideas enter their hearts, so even if a thousand eccentricities and ten thousand oddities are attributed to the original thing, they’re not bothered, and their sense of self is untouched. For this reason, the learned persons’ leisurely hearts admit margin, and they respond without getting exhausted.

On the other hand, those who haven’t seen much will use an egret as a standard to deride a crow for being black and use a duck as a standard to worry that a crane’s legs are unstable. There is nothing odd about the object itself, but they become vainly angry, and if a single matter diverges from their thought, they consider all things with suspicion.

Ah! Look at that crow. There’s nothing blacker than its wings, but at first glance a sheer golden color manifests, then they twinkle as light green. When in sunlight they surge purple, and when one’s eyes are tired, turns jade. Therefore, it’d be all right if I called the bird “blue crow,” and again it’d be fine if I called it “red crow.” The bird has no innate consistent color yet I, with my eyes, hastily decide that color. And how could I have only judged with the eyes? Without even seeing I already judge within my heart.

Ah! It would have been enough to trap the crow within the black color, but again, we trap the crow in all the colors of the world. Indeed the crow is black, but who would know that the aforementioned blue and red are lights saturated in color? To call black “dark” is not only to fail to know the crow, but to fail to know what black is. This is because water can reflect objects due to its blackness, and lacquer can be used like a mirror due to its blackness. For these reasons, among colored objects there are none without light, and among shaped objects there are none without form.

I confess that since reading this passage, I’ve gone out of my way to scan crows (and other black birds) for other colors—and, I mean, look for yourself:

What I love about the passage is how easily color perception becomes an analogy for how we perceive and judge all things. What we judge as black—either due to convention or cursory looking—isn’t always black. Then Park goes a step further: the inability to recognize the crow’s many colors accompanies a lack of attention to an object’s texture. What we consider dark isn’t always dark when its surface is reflective. All colored objects, Park says, are not without light, the ability to reflect, and therefore hold, some other color. Without truly seeing the thing at hand, we label it—and labeling, as Park points out, is ultimately done with the heart. Our capacity to stereotype is endless, and Park shows how even something as seemingly innocuous as color perception is affected by it.

To Park, being “learned” isn’t about formal education or status but about having a certain leisurely attitude toward things one encounters, having the mental and emotional margin to observe without projecting. Once we open ourselves up to the fact that a crow isn’t just black after all, we also become open to the different ways in which color appears to us. There’s now variety in how color appears, not just in what color appears. Colors “twinkle” and “surge” in the midst of our viewing; they’re not passive but active, dynamic in their own ways of coming and going. It’s not surprising that soon we also see how depth and reflectiveness, and even shape, are related to color.

Indeed, one neat thing about Korean color vocabulary is that very specific texture can get baked into color words. For instance, the most direct translation from “blue,” peuleun푸른, doesn’t have any texture associated with it, but the closely related puleujukjuk푸르죽죽is wet or soggy, puleudengdeng 푸르뎅뎅is splotchy, puleusingsing 푸르싱싱is fresh and pleasant while puleudaedae푸르데데 is dirty and superficial. Peuleuseuleum 푸르스름 is slightly blue, and Peuleumulae 푸르무레is even less blue.  These variations of “blue” show how our color perception depends on our concept of color. If we think color includes texture, then what we will be sensitive to as color will change. The fact that we already think of neon, holographic, or metallic colors as not quite the same as paint colors makes me think that we tend to think of color as textureless for most part, or that uniform smoothness is the “default,” “neutral” texture that doesn’t interfere with color. But uniform smoothness, of course, is a kind of texture.

I’m sure those who work on philosophy of perception would get more out of this passage. I don’t have the space to go into the intricacies of the Sapir-Whorf hypothesis that links cognition to language, but it’s a commonly shared factoid that groups indigenous to colder climates have more words (and colors) for snow and ice. The point, however, generalizes beyond the idea that language becomes more specific based on need and use. The Korean color words highlight Park’s point that sensitivity to color also helps us perceive other things in a more sensitive manner.

If we can remain sensitive to what it’s really like to perceive something, we might become the kind of people who can leisurely imagine ten thousand things from a single object. And if we’re comfortable with observing things as they really are, and comfortable with all the variety and complexity that confront us, we might avoid becoming the kind of people who apply inappropriate expectations to situations as if to “use a duck as a standard to worry that a crane’s legs are too long.”

I love that Park highlights the sort of anger that’s connected to vanity. People with fixed ideas of how things ought to be react to new things with hostility, as if offended by the fact that our world is never as black and white (or even as ROYGBIV!) as they want it to be. A single matter diverging from their expectation is enough to render all things suspicious. It’s an unfortunate fact that people like these aren’t strangers to our civic lives, and like today’s experts, Park recommends education and diversity of experience.

Park closes the preface by praising his nephew’s poetry, calling him a new authority of the East because his poems show mastery over many poetic forms. It’s an interesting piece of historical context that his nephew’s mother was a concubine. At the time, being a concubine’s son meant being automatically put in a lower social class and facing many restrictions. They couldn’t even address their own fathers as “father,” having to call them “master” instead. From this angle, the social commentary about prejudice found in the passage gains a deeper meaning. Park primes the reader to be the kind of appreciator who can remain sensitive to the reading experience without pre-judging the work or the poet. (If you’d like to learn more about Joseon dynasty social dynamics’ influence over Korean art practices, see Dobin Choi’s “Artistic Motives in Korean Art Traditions: Self-Cultivation, Self-Enjoyment, and Self-Forgetting.”)

I can’t help but think that the preface would also be a wonderful prelude to philosophy as a whole, where we try to show that challenging preconceptions and truly seeing things as they really are form a sign of mastery— one that requires much unlearning but ultimately worth the effort since there is none without light.

Hannah Kim is an assistant professor at Macalester College. She guest edited the forthcoming symposium on Korean Aesthetics in the Journal of Aesthetics and Art Criticism. You can learn more at www.hannahkimphilosophy.com or on Twitter at @thisishannahkim.