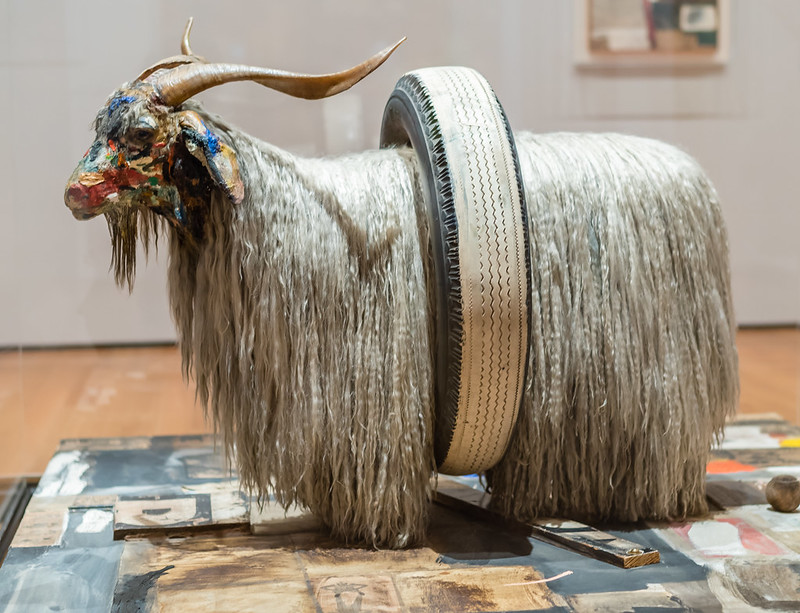 Robert Rauschenberg, Monogram (1955-59): A “mixed media” artwork because it uses not just a goat but also a tire! (Also paint and maybe some wood and newspaper, probably glue, etc. Classic Rauschenberg.) [source]

Definition: Welp, this is a fraught word. Let’s try to understand ‘medium’ and its several different art world meanings from narrowest to broadest.

(1) (artistic) medium/media – the materials and/or production method used for an artwork. Examples: marble or stone, ceramics or painting or photography

(2) (mass) media – you’re thinking of newspapers and TV and stuff, but in this context it refers to any means of mass communication (= communication with huge numbers of people), so also things like movies, radio, etc. Think: modern telecommunication aimed at the public.

(3) medium/media – okay, this is gonna get a little weird… think of any medium, it’s like a means of transmission between two things (an intermediary or mediating substance – same root word!). For example, sound needs a medium, like air, in order to go from one place to another. But wait, if you think about it, like – isn’t speaking a medium? And isn’t sight kind of a medium, like between your brain/mind and the stuff in the world?? And isn’t memory, like, also a medium between different parts of your self or your mind??? Whoa. Heady shit. 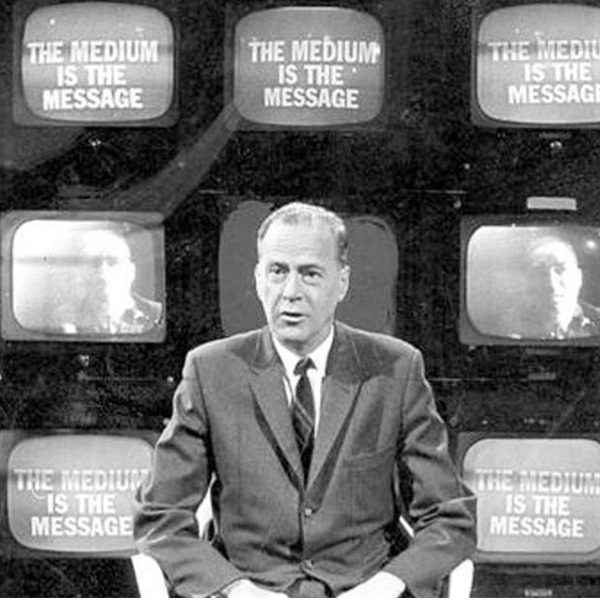 Related terms:
(1) Media studies – the academic discipline concerned with media in the above senses, tending toward (2) and sometimes (3)
(2) Social media – the most polarizing mass medium since TV
(3) “The medium is the message.” – the infamous Marshall McLuhan quote, which can be read as saying that the medium of communication itself (e.g., writing) is more important than the content communicated (what you’d normally think was the “message”). It has also been read much more strongly as saying that the medium is of sole importance – it’s the real message – and the content is utterly irrelevant to the communication.

Not to be confused with:
The Long Island Medium (or other, um, mediums) – an excessively puffy-haired, bottle-blond woman who pretends to communicate with your dead relatives and cats