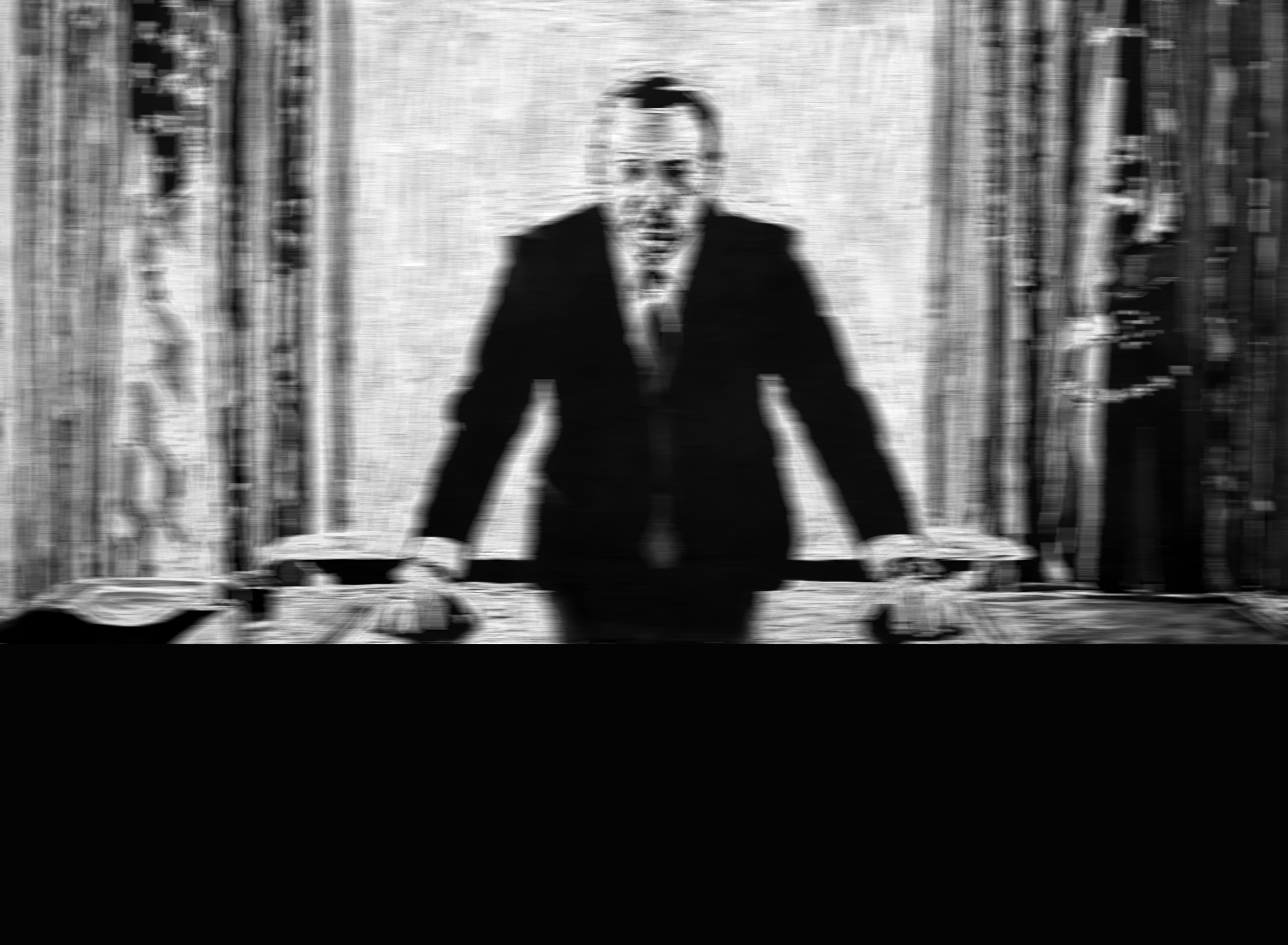 Description: The opening image for our series depicts a frame from the climactic final scene of Season Two. Now, Francis Underwood (Kevin Spacey) is President. Here he stands in the place of power, behind the presidential desk that he has envied and toward which he’s plotted and schemed for so long. He performs his trademark double-knock on the table, and the screen goes black.

Contest closes Saturday at noon (EDT). Winner announced Sunday. Next piece up in one week! Keep tabs on the project and contest at the project website here, or review the details of it at the previous post here.