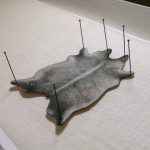 October 4, 2017
by Aesthetics for Birds
3 Comments

What follows is a guest post by John Rapko about the recent Guggenheim Museum controversy. The controversy On Friday, September 22, a friend sent me an e-mail alerting me to an on-line petition. This time the issue was that the Guggenheim Museum in New York City had released a list of the names of the artists and their works to be included in the upcoming show “Art and China after 1989: Theater of the World.” Among the 150 works were three involving live animals, including a video of an installation by Sun Yuan and Peng Yu wherein dogs were strapped into opposing treadmills, where they ran in place, tugged, and snarled at each other to exhaustion. The two other pieces are by artists better-known outside China: a notorious piece by Huang Yong Ping, “Theater of the World”, which shows a large structure wherein many reptiles and insects have been placed, … Continue reading →

What follows is a guest post by John Rapko. John is a Bay Area-based philosopher of art and art critic. Currently he teaches art history at the College of Marin and ethics and the philosophy of art at the California College of the Arts. He previously taught the philosophy of art and the theory of contemporary art at UC Berkeley, Stanford, and the San Francisco Art Institute. He has published academic writing in the Journal of Aesthetics and Art Criticism, British Journal of Aesthetics, and Notre Dame Philosophical Reviews, and art criticism in Artweek and artcritical.com. A volume of his lectures on the philosophy of contemporary art, Achievement, Failure, Aspiration: Three Attempts to Understand Contemporary Art was recently published by the Universidad de los Andes Press. In late March of 2008 the San Francisco Art Institute’s Walter McBean Gallery mounted a show of the artist Adel Abdessemed’s work, entitled “Don’t Trust Me.” Within days the show became the … Continue reading →