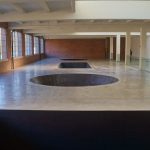 What follows is a guest post by Ben Roth (Harvard).

The Anxiety of Influence

When her first book was published, she was surprised, then perplexed, to read reviewers confidently itemize among her influences authors and books she’d never read, sometimes never even heard of. But perplexity gave way to fascination, and then joy. Here, finally, were book reviews doing what and only what she wanted book reviews to do: list books she would read, love, and absorb as influences.

“Watching movie trailers is my only pure emotional experience,” he said. Lacking musical accompaniment, however, the thought rang false.

“Do you see anything?”

We’ve been sitting for about ten minutes now, after carefully following the tunnel’s twists and turns into complete darkness, me holding the banister on the right, her the one on the left, until we reached two chairs. Only a pair of people are admitted to the exhibit at a time, and we finally remembered to reserve a slot before this visit to the museum. My eyes, having nothing to focus on, wander around the space—if you can even call such homogenous darkness that.

“I think I understand,” she says after a minute more. “There’s a very faint point of light, but you can’t see it if you look directly—only in your peripheral vision.”

I look off to the side, and she’s right, I can see a light out of the corner of my eye. But then my eyes are pulled to it, and it disappears. “Weird. You can only see it if you don’t look at it?”

I think of another contemporary art installation, a pit in the floor at the end of a long room. There’s a railing that stops you from getting too close, and standing at it, even on my toes, neck stretched out, I couldn’t see the bottom, making it feel fathomless.

She chuckles. “Imagine if someone hid in here, and just when people’s eyes had adjusted and they figured it out, jumped up and screamed.”

I shudder and pull my arms and legs back into my body, cowering in the chair. “Jesus Christ, why would you say something like that?”

She apologizes, says it was just a fleeting thought, but now my eyes are flitting uncontrollably around in the blackness. Every time they move, I think I see something new at the edge of my vision. I look to the right and a mass seems to huddle to my left. I look left, and think I detect sharp movements in the shadows to my right. I hear raspy breathing, but maybe it’s just hers, or even my own.

With effort, I calm myself. Tentatively, I extend my legs in front of me, expecting a wall, but they hit only air. I pull them back. My eyes continue to seek purchase on something, anything, but find only the point of light, and only when I look away from it. I reach my hand out now, even more gingerly, desperately wanting to feel the wall to stabilize myself.

“What are you doing?” she asks, hearing my movements.

“I just need….” I scoot to the edge of the chair, despite my fear that there could be a bottomless pit in front of me, or a crouching prankster, or the skeleton of a former museumgoer—anything. I reach out as far as I can and….

I come to on a bench out in an open, well-lit space. The lobby outside the exhibit. She’s there, beside me. Groggily, I sit up, and she tells me that I ran screaming out of the tunnel, bowling over the attendant who was coming to get us, then knocked myself out against the wall when I missed a bend.

“I’m so embarrassed,” she says. “What happened?”

I don’t remember screaming or running, much less running into the wall. I look at her, my eyes wide and still adjusting to the light, unsure if it would make things better or worse if I tell her that the last thing I remember was reaching out and feeling fur.

Question 1 (fill in the blank):

How to Get Out of Most New York City Museums: upon rereading the headline correctly, his interest dissipated.

Ben Roth teaches writing and philosophy at Harvard and Tufts. Among other places, his scholarly work has been published by the European Journal of Philosophy, Log, and Philosophy and Literature (forthcoming); his criticism by Chicago Review, AGNI Online, and The Chronicle of Higher Education; and his short fiction by Blink-Ink, Sci Phi Journal, and Flash: The International Short Short Story Magazine. A recommendation flowchart he created for philosophical novels has been shared thousands of times online.