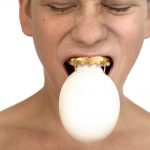 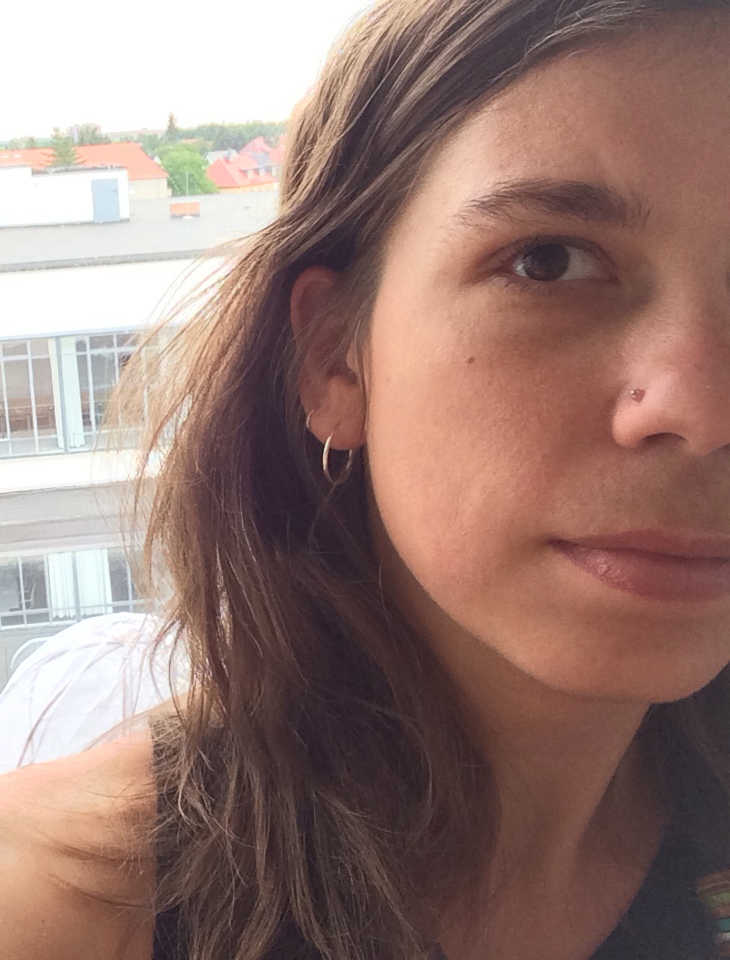 Lauren Kalman is a visual artist based in Detroit and an assistant professor at Wayne State University. Her practice is invested in contemporary craft, video, photography and performance. Kalman’s work has been featured in exhibitions at the Renwick Gallery at the Smithsonian Museum of American Art, Museum of Contemporary Craft, Cranbrook Art Museum, Contemporary Art Museum Houston, Museum of Fine Arts Boston, Mint Museum, and the World Art Museum in Beijing, among others. Her work is in the permanent collection of the Museum of Fine Arts Boston, the Smithsonian Museum of American Art, and the Detroit Institute of Art. She currently has a solo show at the Museum of Arts and Design in New York City, running through March 15, 2017, as part of their MAD POV series; as well as an installation at the Mattress Factory in Pittsburgh, PA, running through February 12, 2017.

[Ed. warning: this interview contains some nudity, may be NSFW]

By way of introducing yourself and your work to our audience, how would you describe the kind of art you make? And what do you see as the central themes in your work?

I am often considered a craft artist with formative training in the fields of jewelry and metalsmithing. Over the years my work has transitioned from jewelry as the format of my work to adornment as the subject of my work. This has freed me to approach jewelry through a variety of methods ranging from traditionally fabricated metal objects to textiles, beading, ceramics, installation, 3D printing, and computer controlled objects.

My most recent work expands on my previous work, which focused on the creation of objects that are hybrids of grotesque or undesirable aspects of the body with objects we commonly associate with beauty, power, status, health or wealth. Through my work, I investigate how the pursuit of human beauty has left its mark on the body. Bodily ideals are often implemented through the use of objects and materials placed on the body. The act of covering and adding to the body transforms it from a natural state toward an icon of perfection, and my work explores jewelry/adornment as agents of this transformation. 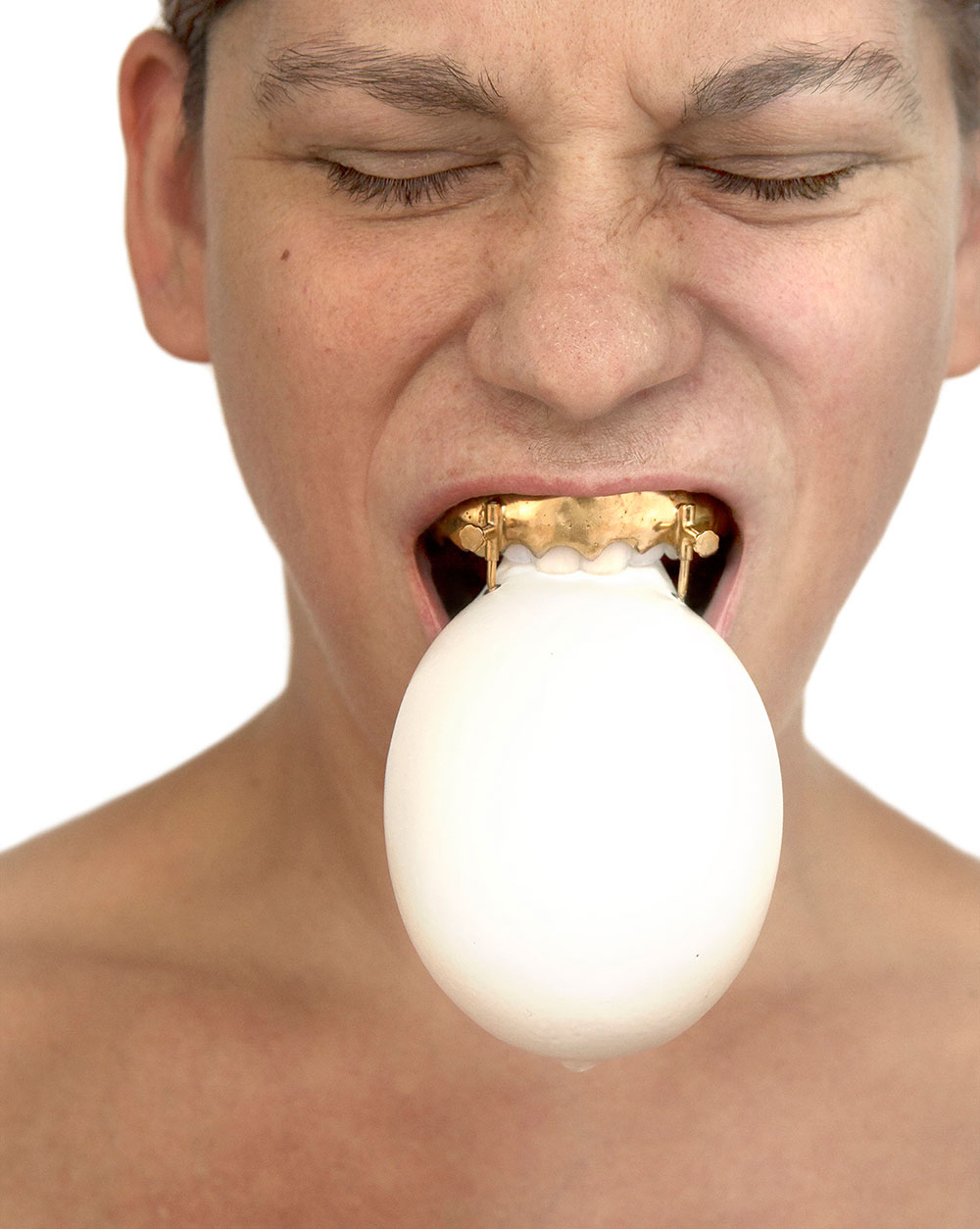 Your work breaks traditional medium and genre boundaries. Do you break these for principled reasons, or do you just do the sort of art that you find appealing, and then let others sort it out?

I am interested in disciplinary histories and play off of them in my work, however, at the end of the day I let the critics, curators, and art historians decide how to categorize what I make. This frees me to work across disciplines and media.

Many of your works involve sculptured pieces designed to be worn or attached to a body. As such, there is an element of performance, and photographs or videos that document the performances. You said in a previous interview that “at this point, the images are not documentation but an integral part of the work.” Could you say more about what you mean? What do you see as the difference between photographs (or videos) being mere documentation as opposed to part of the work?

This may be more of an art specific distinction. Documentation usually refers to an image OF a work of art used to communicate that work through the medium of photography. I make photographs and video AS the work. Hopefully that distinction makes sense.

Yes, definitely. As you said, your works play with our standard notions of beauty and the grotesque. You do this in your choice of what to feature (e.g., nostrils, gums, dermatological conditions, amputations), and through your materials and textures (gold and pearl and gemstones, smooth or coarse). Do you intend your pieces to be on the whole beautiful or grotesque?

Both. I am interested in the spaces in between.

Is your work an attempt to draw attention to standards of beauty in order to critique them or just in order to observe them? Do you want people coming away thinking, for example, that acne and blisters can be beautiful? Or that they could only be beautiful if they were made of gilded diamonds and rubies – because those things actually are beautiful? Or that, even then, these “blemishes” would retain some right to our disgust? 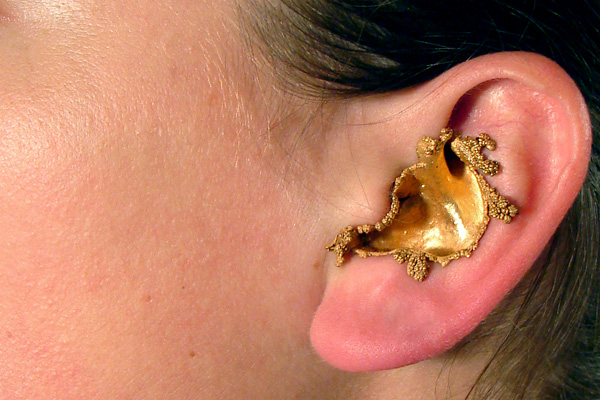 I don’t think I want people to come away with a particular vantage point. In the work you are referring to I was largely interested in a subtle shift, change in medium to change the grotesque into something beautiful. Maybe it is a formal exercise, maybe also a meditation on the power of cultural norms and expectations as they relate to the body.

More recent work of yours, like “But if the Crime is Beautiful…”, explicitly questions our concepts of simplicity, minimalism, and ornament. I think earlier work of yours can be seen as exploring these issues, too. Is part of your point with this work that what modernists – and thus we now – understand as “simple” or “unadorned” is already embedded in a bunch of assumptions? If that’s right, what do you take those assumptions to be? 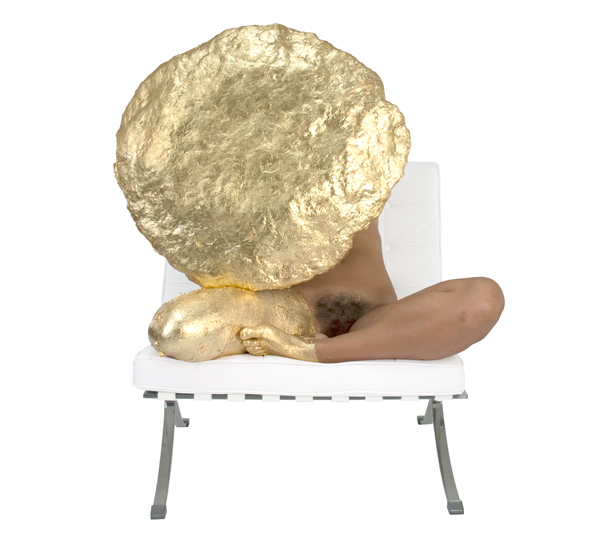 One of the many ways you engage with gender and sex in your work is by focusing on female bodies and female wearables. The wearables often look pretty painful – and I assume that’s no coincidence. Are you critiquing standards of beauty that lie behind sayings like “pretty hurts”, i.e., the idea that women should or must suffer for beauty? Or are you aiming for something else?

I think it is critique, but I think the critique is broader than specific standards of beauty. I am interested in the construction of the mind/body dichotomy perpetuated in Western culture. We see this notion expressed in Baudelaire’s 1863 essay “In Praise of Cosmetics”, where he argues that morality is artificial, and to social values of mind over body, and the superiority of cultural fabrication over individual bodies. In my work I also think about how this is a gendered activity, reflecting historic notions that the mind and intellect are the realm of the (white) male and that corporeality and emotions are that of the female or other. I see the pain in my work as representative of this striving for artificial at the expense of the body. 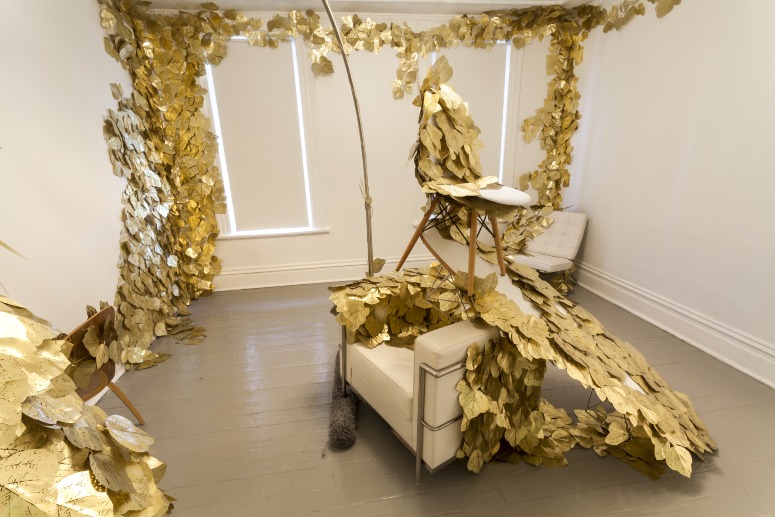 Honestly, I don’t have an answer for this question. Words are not my specialty!