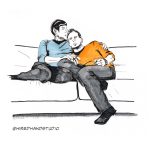 In making art, we make ourselves into something beyond what our original authors may have intended. Continue reading → 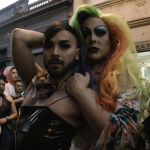 Why overt or even subtle acts of adornment-based rebellion against cisnormativity make things better for everyone. Continue reading →

October 9, 2017
by Aesthetics for Birds
2 Comments

Descartes and Deckard. “I think, therefore I am.” Sophisticated artificial intelligence. Real memories and implanted memories. Humanity and personhood (and androidhood?). Philosophers can’t resist the bait Blade Runner lays out for them.

What follows is a guest post by Chris Tillman. Chris is an associate professor of philosophy at the University of Manitoba. His main interest is in metaphysics, but he considers practically everything to be an issue in metaphysics. He is originally from Missouri, where his first major was in painting and he spent his free time in bands, including a country/rap band (hick-hop, if you will). These days his free time is more likely to be consumed by curing meats, genre fiction, and making Korean farmer hooch (makgeolli). Serial fictions pose special problems for accounts of truth in fiction. What is true according to a fiction at one time can appear to change as a story develops. Sometimes these changes are dramatic. According to A New Hope, and even according to early drafts of The Empire Strikes Back, it seems it was not true in the Star Wars fiction that Darth Vader … Continue reading →