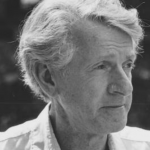 The philosopher of art Joseph Margolis passed away on June 8th of this year. I received the news about his passing while I was riding the subway on my way to a meeting with one of my students. The sad update was mentioned in an email that a common friend sent to me. Joe, as we usually called him, was 97 years old, born on May 16, 1924. He received his PhD from Columbia in 1953, where he met – among others – the influential philosopher and art critic Arthur Danto. He started teaching at Temple University in 1968, and would never retire.

The news hit me hard: after reading the email, I missed my subway stop not once, but twice, ending up being a bit late for my meeting. My mind started running faster than the train I was on, and years of memories started rushing through my head. I couldn’t hold my tears, just as I can’t while writing these few words to remember and celebrate one of the greatest aestheticians of the 20th centuries, and a dear friend.

I met Joe in the late summer of 2008, when I started my PhD at Temple University. Margolis would later become my advisor. The deep and personal relationship that I developed with him was not unusual among his students. Many of them could tell countless stories not only of his extraordinary philosophical acumen and argumentative wit, but also of his profound kindness and authentic humanity, which made Margolis very much loved in academia. To use one of his favorite terms, he was an “uncanny” individual in the most positive sense of the world: a rare mix of intellectual prowess and heartfelt sensibility.

Margolis was one of the main reasons why I went to Temple for my PhD. In my early days as an undergraduate student in Italy, I was naturally drawn towards his work, for he had the unusual ability of writing about complex philosophical problems with the rigor typical of the so-called “analytic” tradition, while at the same time showing the historical and cultural sensibility of “continental” approaches. This hybrid nature of his philosophizing would characterize more and more of his production in his later years, developing a highly original and far-reaching pragmatist philosophy.

I was lucky enough to experience first-hand Margolis’s wide range of philosophical interests during what would have become one of the moments that I treasure the most as a student. In 2009, I translated into Italian one of his books: What, After All, Is a Work of Art? For a whole year, we had weekly meetings where we would discuss for hours his views so that I could find the best ways to render his prose into a different language. In all honesty, it turned out to be a one-of-a-kind seminar in contemporary philosophy.

Though his most famous contributions are in the field of aesthetics, it is difficult to find an area of philosophy Margolis didn’t write about. One of his most cited papers, “The Concept of Disease,” concerns the philosophy of medicine. In it, he argues that diagnosing diseases partly depends on ideological considerations. And his positions were often – if not always – far from the mainstream. Joe was never a “fashionable” philosopher: he would often defend views that would question the very assumptions of well-established philosophical fields. For instance, he was one of the very few modern champions of relativism, which he endorsed as a way to reject any form of Kantian or post-Kantian universalism in all domains of human understanding and action, from epistemology to ethics and, of course, aesthetics.

Opting for relativism was not a provocative gesture for Margolis. It was, in his view, a philosophical move to accommodate the complexity of our cultural world. Perhaps many are not aware that, as an undergraduate, Margolis studied English literature. This exposure to literary studies profoundly informed his philosophical views. By witnessing firsthand and from within the informality and pluralism of literary interpretations, Margolis never settled for a principled theory of interpretation, favoring what he defined as a “radical” one, which refuses any form of absolute foundation and conceptualizes our interpretative activities as savoir-faire rather than science.

A signature feature of his theory of interpretation is the rejection of intentionalism. In some of his most notable contributions to the philosophy of language and the theory of linguistic meaning, Margolis attacked Grice’s widely accepted account of an utterance’s meaning as determined by the utterer’s intention. Margolis’s contention was that such a model abstracts “from the fullest use of language.” His rejection of intentionalism in artistic interpretation follows similar lines: it emphasizes the difficulties of referring in some privileged sense to an author’s intentions as the final authority in deciding among competing interpretations. On his relativistic model, competing interpretations need not be mutually exclusive. For Margolis, the possibility of an artwork’s plurality of meaning(s) must be taken as a sign of the constructivist nature of the world of human culture. The cultural world is, in effect, created by our very interpretative activity.

His theory of interpretation, in connection with his constructivism, has significant repercussions at the level of artistic ontology. In Margolis’s views, artworks are culturally emergent entities. In general, the formula is as follows: artworks are better understood as “careers” of interpretations historically situated in a particular cultural context. In this sense, the ontology of an artwork is never fixed, or “determinate,” as Margolis would say, but always in flux – a precipitate of social interactions – and yet “determinable.”

The far-reaching goal of Margolis’s aesthetics immediately appears when considering that his ontology of art functions as a model for his theory of the self. Humans are, for Margolis, just like artworks: culturally emergent entities, “second-natured” creatures whose identity depends on their very self-interpretative activities. It is therefore not surprising that, for Margolis, aesthetics occupies a key role among the philosophical disciplines. In effect, what we do when we create art is a metaphor and even a metonym for what we do when creating ourselves as persons.

By constantly emphasizing the existential meaning of theorizing, Margolis’s philosophy is a profound form of humanism. He never understood or treated philosophy as a mere academic game to show off one’s wits, or simply a job. In the presence of Margolis, as well as in his writings, I always felt something that reminded me of the original spirit of Western philosophy as it emerged in Ancient Greece: doing philosophy is, ultimately, thinking about how we should live our lives.

I’m not sure whether his philosophy helped Margolis figure everything out about his own life, which like many lives had its share of hardship. He fought in World War II, where he also lost a twin brother. And his second wife, whom he loved very much, passed away not long ago. But he found ways to cope with his own tragedies and traumas, showing some form of inner peace that follows from fully implementing the maxim “know thyself.”

Still, Margolis certainly knew how to live a good life, and that is perhaps the greatest lesson that he taught me. Of the many persons I have met in my life, he was one of the very few that seemed to enjoy a deep sense of happiness in his life. And I cannot but thank Margolis for sharing some of his wisdom with me.

In a moment of sadness, where also the world is facing an epochal challenge due to the COVID-19 pandemic, I treasure the moments we had: the happiness that we shared during the dozen years we knew each other personally. I will never forget our “philosophical” meals, where we would discuss our work while enjoying food and drink. In that informal setting, I learned many important lessons not just about philosophy, but about life – insights that are guiding my life decisions while bringing some light even in the darkest hours. Farewell, my dear friend Joe.

Andrea Lorenzo Baldini is Associate Professor of Aesthetics and Art Theory at the School of Arts of Nanjing University and director of the NJU Center for Sino-Italian Cultural Studies. He is interested in everyday creativity, and in particular in how it can change the nature of public space.