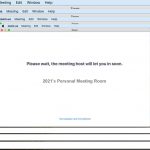 “All that was once directly lived has become mere representation.”
-Guy Debord, The Society of the Spectacle

January
Okay, fresh start. New decade. An election year. Australian fires have everyone thinking about climate change and koalas and the environment. Brexit, and Megxit. The first distant rumblings of some sickness.

February
At the Academy Awards, Joker gets a mountain of nominations, but Parasite is the real – and deserved – winner. Awards for a Roman Polanski film cause a huge stir in France. But, confronted with ominous heat maps of the strange and spreading sickness, all we can think about are zombie movies.

March
Our true Groundhog’s Day comes in March, when travel bans and lockdowns tear across the globe. Everything is canceled. There are flour shortages as everyone looks to domestic arts for comfort and carbs. Bread in particular captures the public imagination, and sourdough “starters” become the thread that ties us, in an undifferentiated present, to the past and future. Sewing machines sell out. People do jigsaw puzzles, read The Plague, learn instruments, and revive long-lost hobbies. And as they are forced to close their physical doors, museums open virtual doors and challenge you to recreate their artworks from home. Ballets, operas, and orchestras go remote. “Doomscrolling” enters our vocabulary and becomes the chief aesthetic mood. And somehow a can’t-look-away docuseries about a (charismatic?) big cat collector becomes our collective fixation.

April
The fashion industry turns to masks and loungewear to survive. We collectively rediscover what it means to dress for comfort. We even reconceptualize our faces, now alternately behind masks and in front of webcams. TikTok becomes a new public commons as participation in food trends like dalgona coffee and pancake cereal fosters our sense of interpersonal connectedness. We dance indoors and remotely attend concerts. The sim video game Animal Crossing injects a hefty dose of escapism, while Facebook expands our emotional range with the “care” emoji.

May
George Floyd. (And before him, Ahmaud Arbery, Breonna Taylor, and so, so many more.) Rage and tears. Protests and petitions. Amid horrifying deaths, we witness the revitalization of the Black Lives Matter movement. The phrase “these unprecedented times” skyrockets, feeling at once painfully cliché and tragically profound.

June
The northern hemisphere embraces the beauty of the outdoors. We walk, bike, hike, picnic, and drink on the patio like never before. We adopt all of the shelter animals. People attend to their immediate surroundings with fresh eyes and renewed vigor, pursuing home improvement projects in an effort to better their home-work-school spaces (and their non-virtual Zoom backgrounds). And Juneteeth. People protest. Confederate monuments come down. Songs reflect the historical moment. Companies, from big tech to fashion and entertainment, pledge money and promise to change. Cops is canceled and America gets its first Black “Bachelor”.

July
The arts of human physical prowess take a backseat to survival. The Tokyo Olympics are postponed. Baseball teams play to empty stadiums. Disneyworld brings us the NBA Bubble. The NFL season is heavily abridged. We also witness an avalanche of institutional renamings, and the Hagia Sophia becomes an operating mosque for the first time since 1931.

August
No big summer festivals this year. Schools start to resume as fires sweep across the US. We mourn the death of the Black Panther, and BTS hits the top of the US music charts. We continue to tune in as more and more artists pivot to internet media. David Lynch keeps reporting the weather.

September
We worry about second waves, but have largely adjusted to these new lives. Weather turns chillier, and we prepare for the long and lonely winter. It’s a great year for apple picking and hanging out by a bonfire. But we try not to get too close if we sing campfire songs.

October
While we bundle up in cozy sweats, Louise Glück wins the Nobel Prize in Literature. The fly heard round the world inspires a little bit of art history education and a lot of Halloween costumes. But, like everything else, trick-or-treating and Halloween parties have to be reimagined.

November
The US picks a new president. Taco Bell, having ditched potatoes earlier in the year, concludes its menu purge by serving its final Mexican Pizza. And a surreal year gets ever stranger when a mysterious monolith obelisk appears in the Utah desert. And just as suddenly, it disappears.

December
January feels like decades ago, but April feels like only yesterday. By now everybody knows what their favorite entertainers’ homes look like and how frequently they too are interrupted while trying to work. People starved for human contact grapple with safety and risks and family and friends. We decorate our homes to effect some holiday spirit and seasonal joy. We try to remember and pay tribute to an undeniably difficult year.