Continuing our week of -isms today, we have: 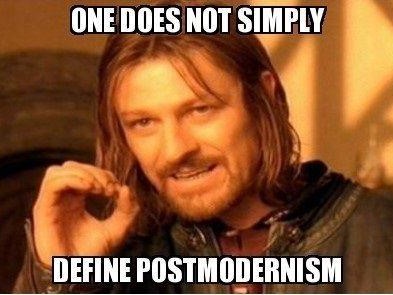 Also not a meme I created. People are just THAT into not being able to define postmodernism.

Definition: As far as I can tell, everybody’s favorite thing to say about postmodernism is how difficult it is to define.

Siiigh. Honestly it’s not that hard.

But it does illustrate the pretentiousness that goes along with being into postmodernism. So, you know, that’s cool.

Yesterday we talked about modernism. Postmodernism is the movement that follows it, in philosophy and the arts, and primarily in Western cultures. Dates: 1970s till roughly the end of the millennium. Possible end points: (a) the 1990s, (b) 9/11 in 2001, or (c) it lives on today!

The scene: remember, modernism had all sorts of utopian hopes and ideals. But in the 20th century there were two world wars, and those faded into the Cold War. There was the Cuban Missile Crisis: the two-week, full-blown existential threat of nuclear war and mass annihilation. And then the Vietnam War. Student protests are rampant because it seems like NOBODY IN POWER KNOWS WHAT THE FUCK THEY’RE DOING.

So postmodernism is like, hmm maybe all that utopian stuff is nonsense. And they respond with: 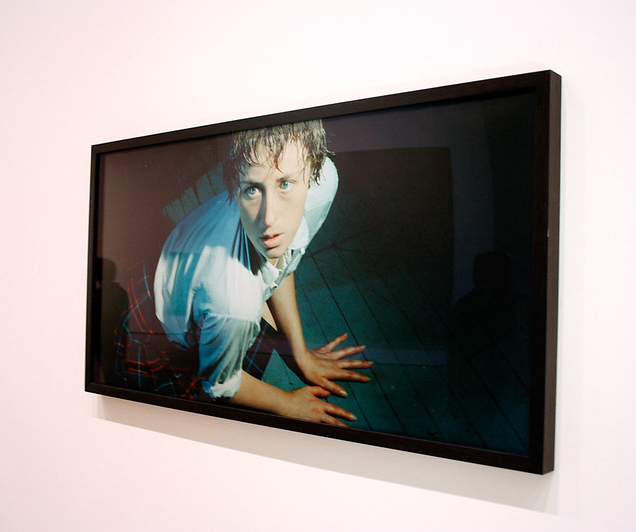 *AKA “master narratives” or “metanarratives” – the big picture, definitive, and often teleological ways we analyze and read meaning into the world and ourselves. (For example: God saves the repentant; history bends toward justice; the scientific method is objective; man is a rational animal.)

Not to be confused with:
Pomo – an indigenous people from northern California! 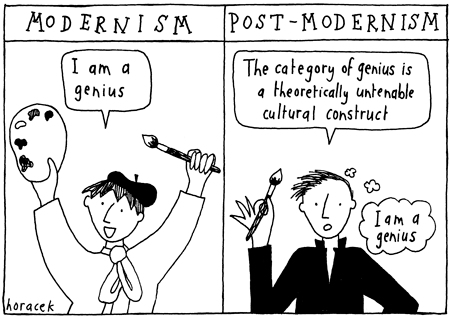