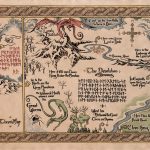 What follows is a guest post by James Harold, Professor of Philosophy at Mount Holyoke College. Parts of this blog post draw from his article “The Value of Fictional Worlds (or, Why The Lord of the Rings is Worth Reading).”

Critics and fans approach certain works (like The Lord of the Rings or Star Wars) very differently. The critics evaluate these works on their own merits, considered as art objects in their own right, while fans consider in terms of their contribution to a larger world of play and creative exploration. While philosophers, like art critics, have spent a lot of time thinking about artworks, they have spent relatively little time thinking about this playful, participatory world, the world that is the focus of fan culture.

I have often found myself on the periphery of fan culture. I don’t read usually read fan fiction; I have only attended conventions once or twice; I am not inclined to argue about my favorite popular culture on social media. But the mere existence of fan culture gives me great delight. I love reading about the detailed and carefully researched discussions of different genealogical theories in A Song of Ice and Fire discussion boards; I am entirely convinced by Alex King’s vigorous defense of cosplaying on this blog. And, most of all, I feel that the vibrancy of fan culture is exciting and underexplored philosophical territory. Fan culture can be a source of rich and valuable aesthetic experiences. What’s more, understanding its value helps us better understand a couple of important features of our interest in popular culture: the desire of many fans to disavow works of art made by immoral artists, and the yawning gap between critical opinion and popular reception of certain works.

But let’s start with the idea of fan culture. What do we mean when we talk about fan culture?

Readers of Tolkien often recall the strange narrative impulse engendered by those marginal regions named and labeled on the books’ endpaper maps, yet never visited or even referred to by the characters in The Lord of the Rings. All enduring popular literature has this open-ended quality, and extends an invitation to the reader to continue, on his or her own, with the adventure. Through a combination of trompe l’oeil allusions [sic] of imaginative persistence of vision, it creates a sense of an infinite horizon of play, an endless game board; it spawns, without trying, a thousand sequels, diagrams, and web sites.

Thror’s Map of the Lonely Mountain, from The Hobbit

Chabon is talking about the ways in which the works we love engage us by inviting us to explore their worlds. We don’t merely attend to the story being told to us, but also to the other stories that might be told with those characters, in those places, or using those ideas. Chabon himself wrote a Sherlock Holmes novel (The Final Solution). But fan activity is not limited to creating new artworks. When audiences bring rubber gloves, toilet paper, and rice to midnight showings of the Rocky Horror Picture Show, they are not making new artworks (not obviously, anyway). Rather they are engaging in creative, expressive activity that goes far beyond anything that the artwork itself seems to ask for.

Audience at a viewing of the Rocky Horror Picture Show

Some works are particularly attractive as spaces for fans to explore and play around. Here are some of the qualities that make them so attractive:

When Star Wars was released in 1977, George Lucas also sold dolls and games representing not only the main characters (e.g., Han Solo, Princess Leia), but also, more surprisingly, characters who barely appeared in the film. Some of these characters (like Hammerhead) appeared for only a few moments in the background of the movie.

Nonetheless, the toys representing these minor characters became popular. I bought the toy Hammerhead and used it to imagine new stories that take place in that world. And of course fans also create their own costumes, maps, and other props to expand their interaction with these fictional worlds, spending a great deal of time and effort in the process. My father spent a long Saturday afternoon making me my own light saber out of wood and plastic.

In Arthur Conan Doyle’s original stories about Sherlock Holmes, it is unclear how many wives Dr. Watson had over the course of his life. References to “my wife” by Dr. Watson in different stories sometimes appear inconsistent, since he was apparently made a widower at least once, but he appears to have been married both before meeting this wife, and afterwards. This puzzle prompts fans to try to solve it. There are now differing theories about how many wives Watson had, and when he married each. There are a number of distinct solutions that are each consistent with the evidence given in each story.

While the presence of large numbers of contradictory or confusing details in a story is rarely attractive, the presence of a few mistakes and ambiguities generates opportunities for creative problem-solving, allowing fans to offer up new fictional possibilities to reconcile apparently conflicting features of that world (for this, see again Chabon on Sherlock Holmes). Why didn’t George and Fred notice Peter Pettigrew hiding out in their house on their Marauder’s Map? How can you win the Kessel Run by finishing in fewer units of distance? (Yes, I know that this question was answered officially by the 2018 movie Solo. But that still left more than 40 years in between the two films for fans to wonder what the heck the Kessel Run could be.)

These errors and puzzles increase the complexity and even the apparent realism of these fictional worlds, since our own world also contains many apparently contradictory and puzzling features. Fictional worlds seem to be valued most when they pose enough such problems to generate interest, while in general creating a coherent and internally consistent world.

Some artists take steps to create additional background details for the worlds of their works that go far beyond anything necessary for understanding the work itself. Nonetheless, these details spark our curiosity. What are power converters, and why does Luke Skywalker want them? What is a womp rat, and is it really larger than two meters long? In creating Middle-Earth, Tolkien created several new languages, a detailed mythology, history covering thousands of years, and even a cosmogony. Minor characters were given rich back-stories and genealogies. This richness of detail generates more possibilities – each further detail suggests other possibilities not yet settled. J.R.R. Tolkien called the process of creating the whole world behind a story “Sub-creation” (see his “On Fairy-Stories,” esp. pages 59-60).

These three features are not intended to be a complete list. But they do illustrate why some works of art are particularly good at inviting us to take a more active role. The presence of these features encourage fans to be puzzle-solvers, to join the discussion, to engage in their own creative work, to form communities with one another, and so on. Fan culture thrives in such environments.

Fan culture can help explain the gap that sometimes appears between professional critical judgments and popular acclaim. Since its publication, critics have derided The Lord of the Rings for its plodding, pedantic style, its overly complex plot, its heavy-handed self-importance, and its simplistic character psychology. Yet The Lord of the Rings’ popularity is enduring; it has won several readers’ polls for the best book of the twentieth century, and even of the second millennium. Many other enduringly popular works have met the same critical fate, including the Harry Potter books and the Sherlock Holmes stories.

In some cases, fans value artworks because they provide access to an imagined world which affords opportunity for rich play and collaboration, and not because the work has great value considered by itself. While critics may focus on the flaws of these works as films or works of literature or whatever, many fans look instead to the enormous richness of the world that lies beyond the particular work.

Fan culture can help us to explain something else that is both important and a bit puzzling: why it is that fans are so often troubled when they learn that artists have done something wrong. Fan culture thrives when there is a vibrant relationship between artist, artwork, and fans.

(I should mention that the view I’m sketching owes a great deal to an approach outlined by Christopher Bartel in his unpublished paper “The Lives of Artists and the Ethical Criticism of Art,” which was delivered at the National Meeting of the American Society for Aesthetics in November 2016. Bartel, however, no longer defends this view.)

Harry Potter fans enjoy not just the Harry Potter novels, movies, and plays, but also websites, memes, and fan fiction produced by fans themselves. And the author, J.K. Rowling, often joins in the discussion herself. Fans communicate with one another in person at conventions and online via Twitter, Facebook groups, and other platforms; they argue about favorite characters, offer theories about apparent inconsistencies, and so on. Ted Cohen called these “affective communities.”

So, when fans learn that an artist has done something seriously wrong, it can affect them deeply. There are at least two reasons for this.

First, some artists play an active role in their affective communities and in fan culture. This is particularly common in the performing arts, though not only there. But the more of an artist’s personality and history that become known, and the more active a role they play in making themselves visible, the more relevant moral features about the artist’s life are to the fans. R. Kelly communicates regularly with his fans via Twitter; Bill Cosby, while awaiting trial, engaged his audience personally at stand-up concerts that doubled as rallies for support against his accusers. Fans who choose to engage with the work are also choosing to associate with these artists.

The second feature that seems to make a difference is the importance of moral themes or ideas to the works. Some affective communities come into existence because the audience is drawn to the moral themes in an artist’s work. Woody Allen’s movies focus on questions about how to live, right and wrong, justice and injustice. So of course fans care when they learn about his deplorable attitudes and actions towards girls and young women. (See Claire Dederer’s wonderful essay on Woody Allen.) When an artist’s works highlight moral themes, it is natural for fans to consider whether their own moral choices either can be reflected in or possibly contrast with the moral choices that seem to be thematized in their works.

Of course fans care about who the members of our morally salient communities are. Some of our affective communities form around artists, and the artists are members – important members – of those communities. We want to surround ourselves with people who are good, as much as we can. So when we find ourselves following those that we no longer think are good, we rightly desire to distance ourselves.

When works of art offer us an infinite horizon of play, they invite to engage, to create, to participate, and, yes, even to leave when we are unhappy. We transform from audiences whose agency is somewhat detached to fans who are deeply emotionally attached participants – and this can be a wonderful thing.

Notes on the Contributor:
James Harold is Professor of Philosophy at Mount Holyoke College. He has published widely in aesthetics, ethics, and related fields.