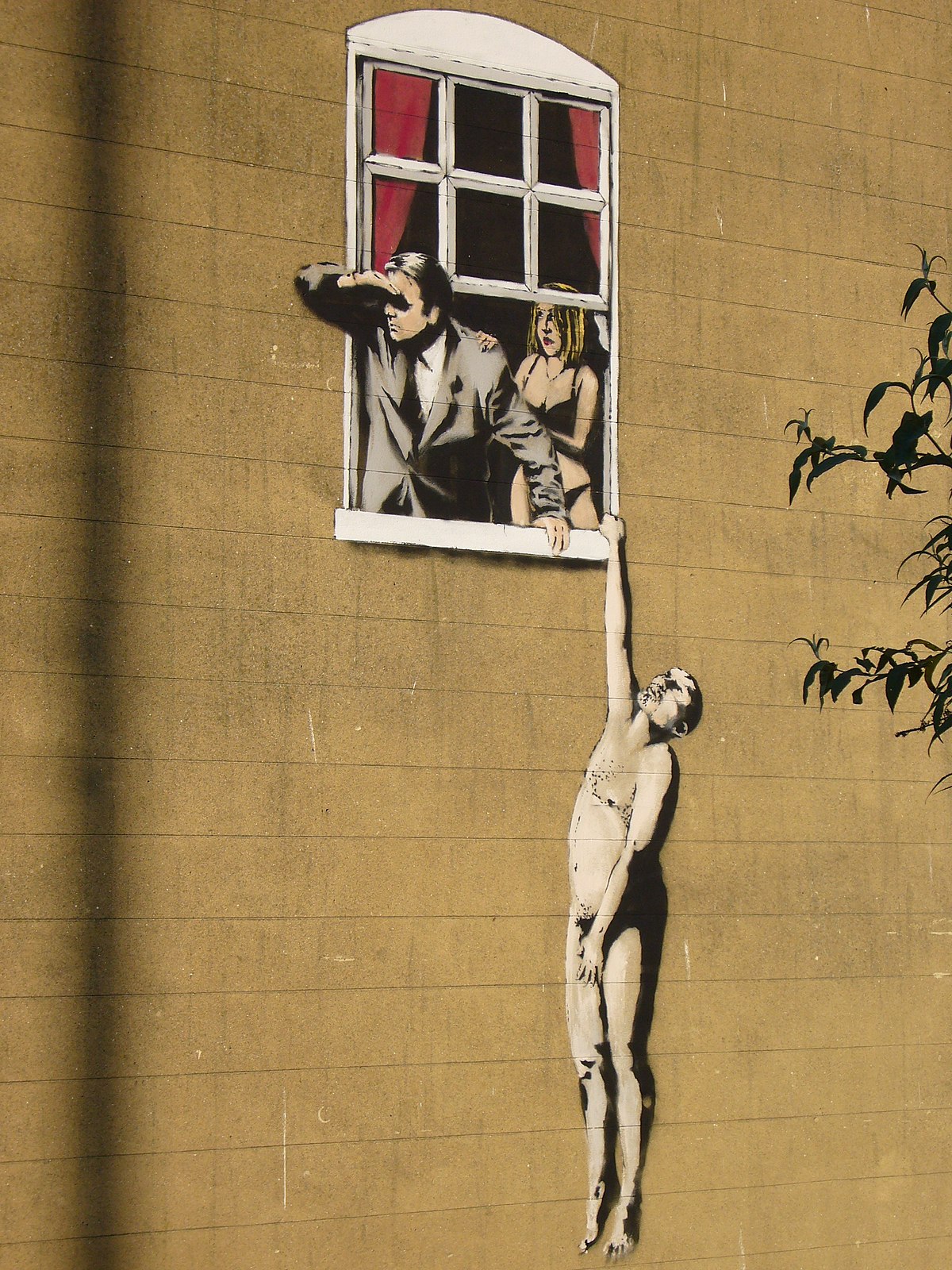 Breaking fake news, as it turns out, created by a guy who has developed an Andy-Kaufmanesque approach to creating hoaxes, delighting in particular when his hoaxes get picked up by mainstream news sites.  The hoax article by Jimmy Rustling (how did the Internet not catch this? Come on, Internet.) mixes fiction with fact, and probably would make an excellent example for those interested in knowledge, the propagation of fake news, echo chambers and the like, (cough, cough), but I wondered:

Why does Banksy bother with anonymity?  Banksy’s identity isn’t public, but the rough consensus is that Banksy is probably male, probably British, probably white, probably from Bristol, and probably in his forties.  Banksy has claimed that they’re anonymous because their work is illegal, but this seems not to capture the entirety of it.  Someone that worried about arrest wouldn’t publicize their work on Instagram, or show up at exhibits in a mask.  More to the point, while Banksy’s art continues to include illicitly-placed stencils, Banksy also exhibits work in more traditional installations, and given the notoriety of his work, it’s hard to imagine any city seriously prosecuting a case for vandalism.

(Indeed, given that some of Banksy’s stencil fetch millions at auction, it would make  for an interesting case.  Your Honor, this man illicitly gave me an artwork of great value!  Shades of Pratchett’s anti-crime here.  But I digress.)

Quick take: Pragmatic reasons aside, street art paradigmatically is anonymous or pseudonymous, historically because of its illegality.  But as the art form has matured, arguably anonymity has become an artistic convention.   To make street art require anonymity; one must wear a disguise because some of the aesthetic delight of street art lies in contemplating its creation by the faceless crowd.

One thought on “THE INTRIGUE OF ANONYMITY”